Please specify in order notes at the checkout if you only want to buy the book if it is a signed copy. We’ll then refund you if we run out of signed copies before shipping your order.

‘Emma Harding’s Friedrichstrasse 19 is an ingenious and ambitious debut, formally inventive, rich with character and incident.’ The Telegraph

‘Sometimes I get fanciful and think the buildings speak. That all their history is locked into the walls and if you listened closely enough, you could hear all the people who’d once been there.’ Sigi lived upstairs from Sara at Friedrichstrasse 19 yet before they met, Sara had no idea that Berlin could be so thrillingly irreverent or that sex could be so intoxicatingly wonderful. But then came the war, and hunger, loneliness and barbed wire.

It was just as a young girl, a protegee of The Academy of Magical Arts situated in Friedrichstrasse at the start of the century, had predicted. Battered and divided, Berlin, like it’s people, endured. Hans yearns to be part of the boundary-breaking spirit of the age but he’s haunted by his mother’s part in the war and the absence of a father.

Ilse, who escaped from the East, wants nothing more than the freedom she risked her life for. In 1989 in a wild act of spontaneous joy, Heike leapt from the Wall into the arms of a stranger from the West. Thirty years later, she recognises that what she’d willed to be destiny was nothing more than naivety.

Recently divorced, she moves into Friedrichstrasse, to begin a new life. But it’s impossible not to hear the echoes of the secrets and lies, visions and misunderstandings, lost loves and fatal mistakes, that have come before her. Time-travelling between decades, through the interlocking lives of six people, Friedrichstrasse 19 relives the tumultuous experience of a city on the frontline of history. 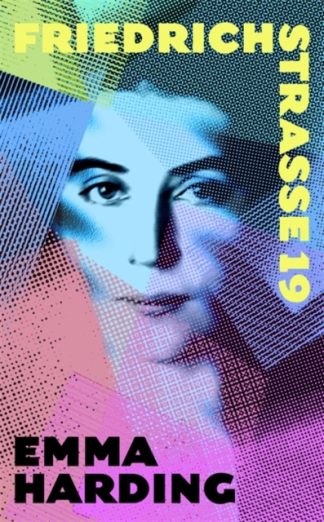 You're viewing: Friedrichstrasse 19 by Emma Harding £12.99
Add to basket