Hope is our Only Wing by Rutendo Tavengerwei

Nominated for the CILIP CARNEGIE MEDAL 2019. A novel set in Zimbabwe about hope – and its power to heal a family, a friendship or even a nation.For fifteen-year-old Shamiso, struggling with grief and bewilderment following her father’s death, hope is nothing but a leap into darkness. For Tanyaradzwa, whose life has been turned upside down by a cancer diagnosis, hope is the only reason to keep fighting.As the two of them form an unlikely friendship, Shamiso begins to confront her terrible fear of loss. In getting close to another person, particularly someone who’s ill, isn’t she just opening herself up to more pain? And underpinning it all – what did happen to her father, the night of that strange and implausible car crash?Rutendo Tavengerwei’s extraordinary debut takes an honest look at hope, and the grit and courage it can take to hang on to it. 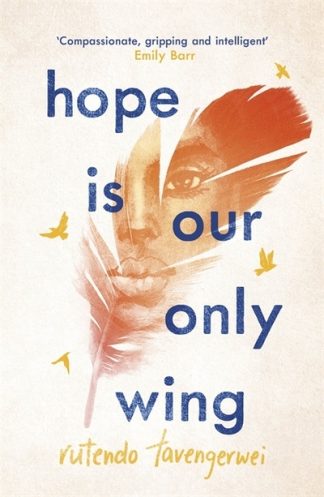 You're viewing: Hope is our Only Wing by Rutendo Tavengerwei £6.99
Add to basket