Little Penguin has problems: his beak is cold; there’s snow everywhere; the water smells salty; he waddles; he looks the same as everybody else. No – it’s not easy being a penguin! The New York Times called Penguin Problems both “funny and acerbic the London Evening Standard declared it to be hilarious and the Observer proclaimed A philosophy manual for readers of all ages … wonderfully original.” In this hilarious first collaboration from Jory John and the multi-award winning Lane Smith a penguin levels with human readers about what penguin life is really like … and it isn’t all fun and games! Have you ever considered running away to Antarctica? Of course you have! Because it’s a land free of worries and responsibilities! Think again my friend. This penguin has come to tell you that his life down there is no picnic. For starters it is freezing. Also penguins have loads of natural predators. Plus can you imagine trying to find your mum in a big crowd of identical penguins? A feel-good read-aloud for readers of all ages and the perfect Christmas gift. 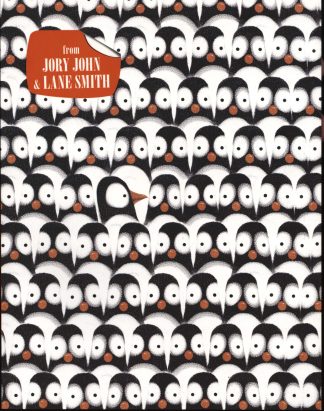 You're viewing: Penguin Problems by Jory John £7.99
Add to basket