The edgy and highly contemporary setting for Frank Gardner’s action-packed new thriller is Iran. After helping to avert a deadly attack on London, Luke Carlton has been welcomed on board as a full-fledged member of SIS and is assigned the role of case officer running agents. He is sent undercover into Iran to ‘turn’ and recruit an officer in that country’s infamous Revolutionary Guard Corps: the word is that a conservative group within the IRGC doesn’t like the direction post-revolutionary Iran appear to be taking and are planning something big to embarrass their own government – and frighten the country’s new ‘allies’ in the West. 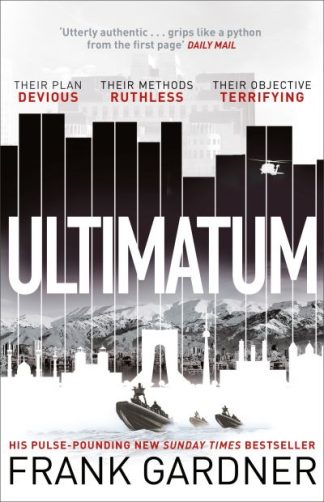 You're viewing: Ultimatum by Frank Gardner £9.99
Add to basket